Now Is the Best Time to Buy a Car 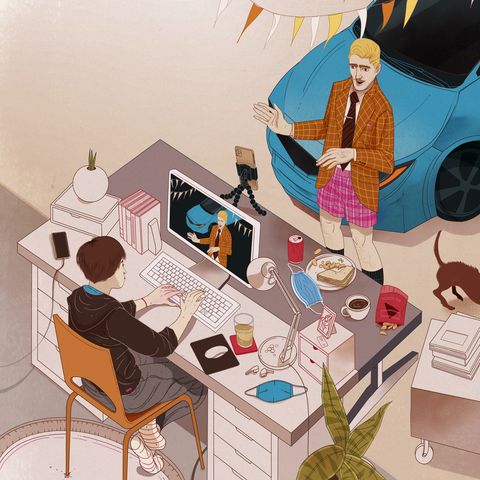 Illustration by Marcos ChinCar and Driver

The past few months have upended virtually every plan anyone had made anywhere in the world, and that upheaval seems likely to continue for the foreseeable future.

So, with the knowledge that time makes fools of us all, and the understanding that pandemics speed the process, we’d like to make a prediction: This is going to be a great year to buy a car.

In some ways, this is a simple supply-and-demand argument. March was a brutal month for car sales, which fell by 27 percent across the industry in the first quarter despite slight increases in January and February. J.D. Power reported some improvement in sales by late April compared with earlier in the month, but numbers still trailed 48 percent behind pre-pandemic forecasts. Automakers temporarily shuttered U.S. plants in March to help slow the spread of the virus (and, in the cases of FCA, Ford, and General Motors, to appease the United Auto Workers), but manufacturer-reported data suggests that dealers didn’t slow their ordering soon enough to make up for lost demand.

On January 1, dealerships had an average of 58 days’ worth of inventory. (A 60-day supply is considered optimal.) That measure is based on the previous month’s sales rate and the number of vehicles at and in transit to dealerships. Most automakers don’t report inventory every month, but data from those that do points to a glut of cars on lots. As a group, Honda dealers added 31,400 vehicles to their inventory between March 1—the day after the first report of a coronavirus-related death in the U.S. came out—and April 1. By then, 47 states and the District of Columbia had orders in place restricting residents’ travel and limiting or forbidding public gatherings. On May 1, Honda and Volvo both reported 164-day supplies of inventory, while Genesis sat on a 226-day supply of cars.

None of that is encouraging news for the economy at large. But it could be good news for car shoppers. Almost as soon as the coronavirus began keeping buyers out of showrooms, carmakers announced incentives for new buyers and relief for existing loan customers. If you have good credit, it’s easier than ever to secure a no-interest loan from a carmaker. Offers to defer one or more payments on both new and existing loans are common, too.

There’s a good chance that a lack of incentives isn’t the only thing that’s kept you out of the dealership. Car buying is perhaps one of the last places where consumers expect to be able to negotiate prices, and for people who aren’t skilled in the art of the deal, the process can be intimidating. Now, though, salespeople are highly motivated, even if that means giving a little on price. Senior editor Ezra Dyer’s abortive quest for a Jeep Gladiator offers anecdotal proof: Last summer, he was told he’d have to pay the sticker price to fulfill his off-road fantasies. But this April, he was quoted an amount nearly $8500 below that.

And it has become increasingly convenient to conduct transactions from the comfort of your home. Roadster, a company that builds an online sales platform for dealerships, estimates that inquiries from dealers and OEMs tripled in the early days of the pandemic. And up-and-running vehicle marketplaces, such as online used-car retailer Carvana, have refined their procedures to make even the delivery process contactless. Buying online doesn’t mean there won’t be any tough financial conversations, but moving those discussions to the phone or an internet messaging service may take some pressure off the interaction and make it tolerable.

The fact is that, incentives and sales-hungry dealers aside, we’ve been in a great car-buying moment for a while. We have the privilege of living in an era when even the average new car performs better and has more standard technology and safety equipment than at any time in automotive history. Do you want an EV that can reach 60 mph in less than three seconds? A hybrid that gets 55 mpg in the city but doesn’t sap your will to live? A near supercar for $60,000? A 700-hp SUV? Massaging seats? Fabric­-loop weight-saving door handles? All that is out there, and if you’re in the market, now might be the time to make it yours.

The U.S. has gone through three blunt-impact, society-changing crises in the last 20 years. Here’s a look at car sales before and after each. There’s no way of knowing what the next few months will hold for the auto industry, but TrueCar’s April 2020 report predicts that 12.6 million new cars will be sold here in 2020—4.3 million lower than its estimate at the beginning of the year. Reaching that number depends on multiple rounds of stimulus and a strong decline in unemployment over the summer, and it would require a sales rate of more than 1 million vehicles a month on average for the rest of the year.

This content is created and maintained by a third party, and imported onto this page to help users provide their email addresses. You may be able to find more information about this and similar content at piano.io

This commenting section is created and maintained by a third party, and imported onto this page. You may be able to find more information on their web site.